As they explain in the first issue, “It is a magazine aimed at young (and not so young) readers who want to become writers, as well as at teachers, educators, librarians and whosoever is involved in the world of culture.” In each of its issues (totalling eleven this April), in addition to many other sections, they publish a long interview with an author and another with an illustrator, both of whom come from Spain, Central or South America. In issue number 9, Agustín Fernández Paz was the chosen writer.

The interview with AFP can be found in this PDF 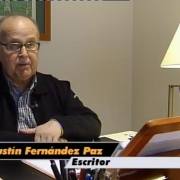 On 4th April TVG2’s cultural programme “Zigzag” broadcast an interview/report on the book Amizades secretas (‘Secret Friendships’), which Agustín Fernández Paz has just published with Rodeira-Edebé. The programme’s producers presented the story on their website as follows:

A new work by one of the great Galician authors of children’s literature: Agustín Fernández Paz. The fascination boys and girls have for animals is the crux of Amizades secretas, an original narration with a dual perspective: that of a family of mice and that of the humans.

Click on this link to see the complete interview/report (in Galician).

Galician comics are probably experiencing their best moment of all time. Agustín Fernández Paz (Vilalba, 1947) has witnessed their evolution from the precarious means and voluntarism of the 1970s to the current brilliant era. A passionate reader of comics, the Galician author and former teacher was a pioneer in introducing comics into the classroom and enthusiastically worked to disseminate the media, which earned him the “Ourense de Banda Deseñada Award” (Ourense Comics Award) in 1992. A little known facet of his career, which we review in this conversation. 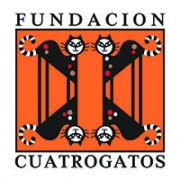 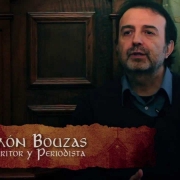