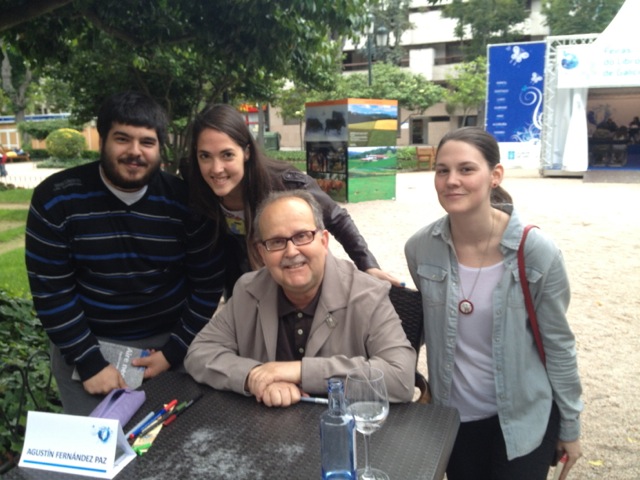 On 23rd April, World Book Day, the Ministry of Education and Culture published a resolution in the DOG “which recognises the most widely read Galician author at school book clubs in the previous school year through the READING CLUBS AWARD 2015.” This award was given to Agustín Fernández Paz for being the most widely read Galician author in the reading clubs during the 2013/14 school year.
The School Library Advisory Service, which guides and activates the different reading clubs, published an informative note, which included the following statement:

“This annual award is part of the initiative to incentivise the Reading Clubs in secondary schools, baccalaureate centres, professional training colleges and special teaching schools. The nominations from the teaching body which coordinates the reading clubs aim to acknowledge the work of the Galician authors whose books facilitate the task of teachers as reading mediators and whose work most excites the interest of the readers who participate in the clubs. To this end, the Reading Clubs Award was established. Each year the award will be given to the author of a work or works in Galician selected by the largest number of reading clubs in the previous school year. The award will be presented during the Reading Clubs Day, an annual event which brings together all the teachers who coordinate these clubs in Galician secondary schools.”

The award will be presented to Agustín Fernández Pay during the VIII Reading Club Day, which will take place on 5th June in Santiago de Compostela. AFP will receive the honour from the teachers attending the event along with representatives of the readers who participate in the reading clubs in Galician secondary schools.

Click here to see how the news was presented in the newspaper Sermos Galiza (in Galician).